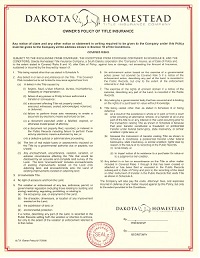 Nationwide Dakota Homestead is 1 of the 47 title insurance underwriters. Not the largest, in fact we are currently ranked 42nd in the nation by total revenue. But that's not a bad thing. Demotech, the company that rates the financial stability of insurance companies, states on their web site, "Small, well-managed title underwriters are more financially stable than larger highly leveraged underwriters." This statement has been proven by what happened during the recent housing crisis. In 2008 there were 94 title insurance underwriters, today there are 47. The housing crisis occurred and half the underwriters were no longer in business, including some of the top 10 companies. But not Dakota Homestead, we are secure, thriving and prosperous.